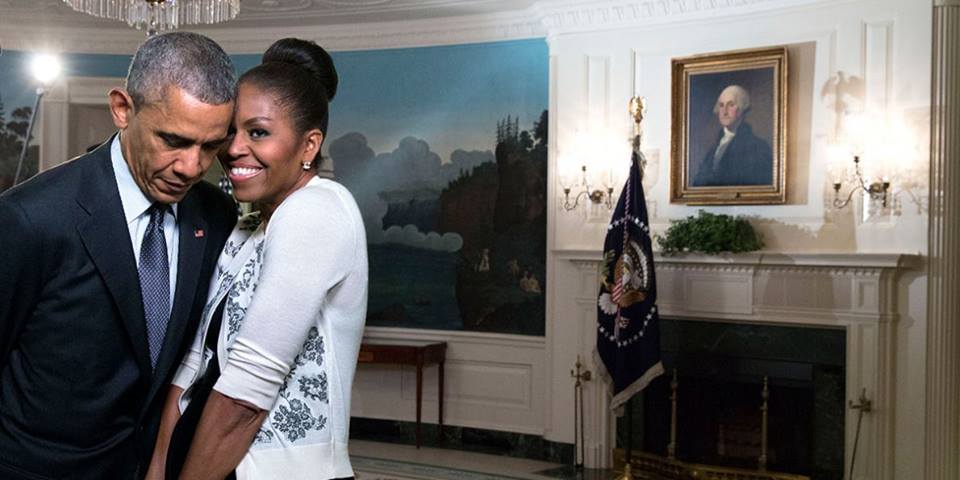 I was keeping a journal for my two-year-old twin daughters when you began your campaign all those years ago. The night you were elected, as they slept soundly in their cribs, I sobbed. I sobbed so hard my body shook. And when you and Michelle walked out onto that stage in Grant Park with your little girls, my chest swelled with pride.  We, as a nation, had chosen HOPE, and I couldn’t have been more proud of this amazing country. In my journal I wrote: This is the beginning. This is the beginning of a beautiful chapter in our lives.

And it was. Your presidency hasn’t been easy. But, despite the harshest of opposition, you kept our hopes and dreams with you at all times. You made decisions based on logic and facts. You weighed consequences, listened to opposing views, and made choices that you felt would benefit most rather than some. Under your presidency, my marriage and my family bloomed. I was able to go back to graduate school and earn my MFA because my husband’s union was strong and secure. And once I graduated, I was able to secure health insurance even though I did not have a full time job. As a nation, we moved forward as we saw some of our most vulnerable communities get the rights and protections they deserved.

When you were first elected, we saw a well-dressed black man in Target. My girls were three, maybe four, and they yelled out “Obama! Obama!!” The man smiled and kept walking. I was immediatly embarrassed, but quickly realized how wonderful it was that when my young daughters saw a black man, they saw a President.  They are now part of the most inclusive and racially diverse generation, embracing all colors and backgrounds, and I’d like to think you had a lot to do with that.

Then there was that fateful day, when a madman gunned down a classroom full of first and second graders at Sandy Hook Elementary. I’ve written so much about this, about how that day affected me not only as a mother, but as a human being. I remember that day so clearly, and I remember looking to you for a comfort I knew I would find. When you came out into the press briefing room, you were stoic and composed. But as you spoke, as you recalled what had happened, the tears streamed down your face. There you were, not the President of the United States, but Barack Obama, Daddy to Sasha and Malia. I remember feeling that raw emotion with you. You made something impossible hurt a little less that day.

I don’t know what’s next for you and your family. But I wanted you to know that your presidency was not a shadow, but a shimmer over my daughters’ lives. You showed this country what it means to be a grownup, a thinker, an intellectual. And for the short eight years that we had you, I was proud to have called you my President.

3 thoughts on “A Farewell Letter to My President”

Tell me what you think: Cancel reply