Six months ago, my husband, Timmy, and I put our house up for sale and planned to move across the country to Seattle.  There were many reasons, but among the most dire was the job situation.   We live in a small Pennsylvania town and the only four or five colleges within driving distance don’t even offer a Creative Writing program.  The trades, in which my husband works, are trending more and more towards using non-union labor.  Unions in general are disliked by most in this area.  So, moving somewhere more liberal, where unions and teachers are valued, seemed like a good plan.

Only, we didn’t count on not being able to sell our home.  We didn’t count on me landing a (Surprise!) job.  And we didn’t count on Timmy getting called up for a major build (although, since it is a another casino related project, I probably should have expected it.)  So, since the job situation resolved itself, we didn’t move.  We aren’t moving.  We made the plans and my heart soared towards Seattle.  Then, we landed here, again.

I don’t know if we should have waited longer for the house to sell and left regardless of job offers.  I don’t know if our daughters would have been happier out there.  But I suspect, just maybe, that it would have been a great move.  You see, something else happened in the time it took us to prepare for the now non-move: I spent months researching schools, homes, and neighborhoods in Seattle. I sought out Seattleites, formed friendships, and fell in love with what I thought was going to be my new home.  And now that we are not going, everything feels flat.   I still find myself yearning for the move, second-guessing our decision to stay here, and wondering what life would have been like somewhere else.

In short, I wonder if Seattle aches for me like I ache for it.

Do your students wear uniforms?

Are your art and music programs well-funded?

As my cell phone heated up against my cheek, the questions grew more and more vague.  The silences grew longer.  There was still one more question lurking in my throat, in my chest, lying against my broken heart: Would you take a bullet for my daughter?

This is the new rhetoric surrounding neighborhood schools.  This is the new fear that turns parents in their beds at night.  Will my child’s teacher be the next Lauren Rousseau, the Newtown, Connecticut, teacher who selflessly died trying to save her students? Will s/he be willing to stand up to the new face of terror in our schools?  And the even bigger question looming over all of us as parents is: do we even have the right to ask such a sacrifice?

My daughters now attend a small elementary school in Pennsylvania.  Their teacher, a wonderful and thoughtful educator, has a little boy all her own.  is it fair to hope that she would leave him motherless in an attempt to save me from an imaginable grief?  I don’t know if I, in good conscience, could ever ask that of another parent.

For weeks after the Sandy Hook massacre, I, like millions of parents across the country, couldn’t sleep.  I relived the story in my head a thousand times.  I imagined the fear in the children’s hearts in the two to three seconds it took them to realize what was happening.  I lived in that moment.  I lived in that classroom.  I lived in that grief for weeks and weeks.  I considered therapy.  I even considered religion.  Eventually, I began to move forward, slowly.  But in Newtown, there are families who never will.  I believe there is a community that will never get past this.  It’s too big,  it’s too horrible, it just doesn’t fit into any of the compartments inside of them.

The world became a different place on December 14th, 2012.   For me personally, it was the end of my love affair with politics and news.  I was an avid “newsie” for most of my adult life, but as time went on and my television was filled with men and women refusing to stand up to the gun lobby to ensure those children didn’t die in vain, I had to turn it off.  I had to bury my anger, bury my head, bury my pain in the arms of my daughters.  I’ve always been a staunch Democrat, battling fiercely for what I believed were democratic ideals.  Now, I’m just tired and I’m always sad.

I’m sad that my government has let me down.  I’m sad that this pain and fear inside those of us with small children is like a hot stove we are tied to, yet for most on Capitol Hill, it seems that heat has started to cool.  I’m sad that I have to look at my child’s teacher and wonder if s/he would protect them.  I’m sad that I even have to ask such a thing of another parent.  I’m sad for the parents in Newtown, who cannot fathom that gun control is even up for debate.  I’m sad that they don’t have the arms of their children for refuge from this cruel world.

The Sandy Hook shooting and the political fallout are a language I will never understand.  I will never be able to comprehend what happened that day, how it happened, why it happened, and what to do with the fact that it did.   The massacre has changed the way I think, the way I feel, and the way I dream.  Now,  in my dreams, teachers are not asked to take a bullet, the children of Sandy Hook are alive and tucked into their beds at night, and teachers teach, and bad guys don’t have guns.  That is my dream, and the dream of so many parents.  The American Dream of yesterday is gone.  The new American Dream is a school from which our children return home at the end of the day, whole, fulfilled, happy, and…alive.

Announcing to your family that you are taking your children and moving 3000 miles away isn’t easy.  We’ve been met with resistance.  We’ve been hammered with guilt.  Some understand, most don’t.  Some make comments, some say nothing.  The latest rash of negativity comes from my 78-year-old grandmother, a woman who has ventured outside of Scranton maybe three times in her entire life. 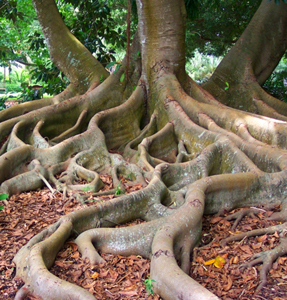 “You can’t move around with kids.  Children need roots, Amye,” she says over the phone on a Friday morning.  The knot in my stomach grows tighter with every spark of doubt she releases into the air between us.

She makes me think, her words make me think.  I imagine my girls, twenty years from now, floating through the world without roots- drifters, vagabonds, unable to emotionally connect to anyone or anything.  I grew up in a loving home with two parents.  When I was twenty, my parents divorced and our home was sold.  My mother moved into a small apartment across town, and my father moved in with a woman he was dating.  My only sister was 2000 miles away in Georgia.  According to my grandmother’s logic, I was rootless.  And I felt that way.  But instead of drifting, I rooted myself in anything that would have me.  I rooted myself to my ex-husband and his family.  I rooted myself to a job I hated.  Why? Because I had been raised with relatively no change in my life, ever.  So when change happened, I was terrified.  I clung to anything, even if it was unhealthy.

When I divorced, I was rootless once more.  My sister moved away again, my in-laws, to whom I was very close, all abandoned me, and I had lost my husband.  And once again, I handled it poorly.  I self-destructed and it wasn’t pretty.  It was a long, crazy year before I finally started to right myself and to find stable footing.  The lesson I learned from these two periods of change in my life is that my roots are under my own two feet, not in another person’s house or life. My parents are my roots, not where they live or who they are with.  Their love for me is my one true home.  Your roots are who you are, not where you are.

I don’t want my girls to become so rooted in Scranton, Pennsylvania, or anywhere for that matter,  that they grow up and become afraid to leave and see the world.  I want their roots to be me and Timmy, one another, or more importantly, themselves.  I want them to be rooted in our love, not our living room.  It is this belief that keeps me going, that allows me to make this move.  I have to believe that the pain I’m feeling now by severing my own roots, will spare my daughters somehow.  If not, well, I’ll keep plenty of bail money handy for when they are soulless, rootless, drifters.