This weekend was an author’s dream weekend. On Saturday, I was invited to sit in on a book club that had chosen my book, Fat Girl, Skinny as their monthly read.  It was amazing to hear these women talk about their lives in connection to my story of weight gain and weight loss. It reinforced an important lesson I learned while writing my memoir: body image is a personal and private issue.

It was also a really unique experience visiting a book club as the author. I walked into a room full of people who knew the most intimate details of my life. I was a nervous wreck, yet I felt at ease and welcomed-heck, even embraced-by them only minutes after arriving. It was a moving experience, and one I will treasure.

Sunday, I celebrated Fat Girl, Skinny‘s publication at a launch party. The response was amazing. Love filled that small room, and I was overcome with gratitude for those who came and showed their support. I’d like to share some pictures from the day. All photos were taken by Mindy Lipcavage Photography, owned and operated by my dear friend. 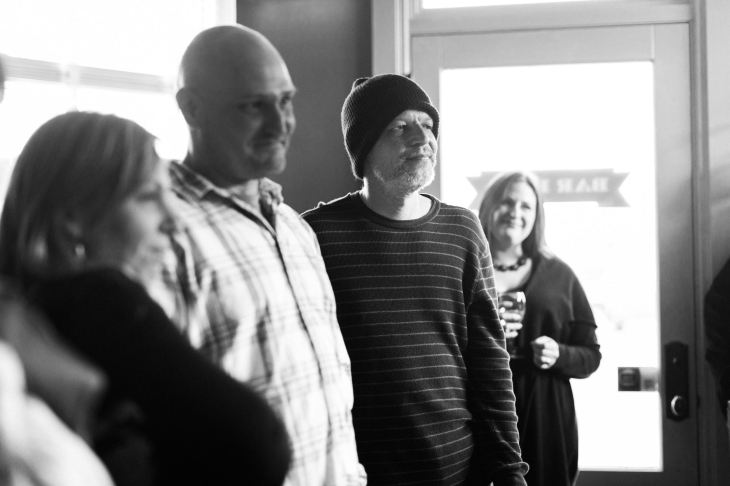 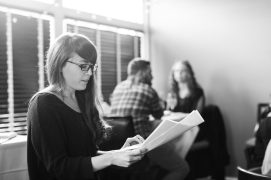 It’s been a very busy week for me. I thought the hard part was writing the book-you know, the six plus years of revising and revising and revising…. Nope, the hard part is NOW- getting the book into the hands of you, my readers. I went with an Indie press mainly because I believe in this press, and felt loved and respected by its editor, the lovely Robin Stratton. The downside is that the system is set up to help the big publishers, and the little guys need to work extra hard at spreading our message!

So, I’m writing today to ask if you will consider purchasing a copy of Fat Girl, Skinny, the memoir I wrote about losing 100 pounds on Weight Watchers, and finding myself in the process. If you, my blog audience, order through my website, you can use promocode: Blog at checkout. You will receive free shipping PLUS your copy will be signed!  Just click on the “shop” tab here.

If you like the book, I hope you’ll consider giving it an Amazon review. Thank you for your continued support. The blog has over 1500 followers, and you have all been so supportive. I look forward to writing more and sharing my story with you.

I don’t know when it happened, and at the time I was completely unaware of the first break in my parent’s marriage.  But looking back on it now, some thirty years later, I can see a very distinct line in my childhood.  On one side there is light, on the other there is a shadow.

We lived in a top floor apartment until I was six.  I spent a lot of time alone with my mother.  I had Billy Joel’s Glass Houses on cassette.  My father was a drummer in a band, so I was always surrounded by music.  The Beatles, the Doors, Led Zeppelin, I had young parents and was lucky enough to be engulfed in these bands from a young age.  But there was something about “You May Be Right,” Billy Joel’s anthem of indignation and unhealthy love that resonated with me at five or six years old.  So, I play the song over and over.  It’s not long before I discover I can tip the radio speakers to the floor and let my neighbors hear it.

My father gives Jennie and me a shower while my mother is out for the night at some aerobics class, (it’s the 80’s).  Jennie has a bathing cap and I don’t.  As the younger sister, I begin to cry and throw a fit.  The bathroom is blue, even the toilet is an aquamarine color.  My father finds an old New York Yankee’s batting helmet and puts Band-Aids over the holes.  There, he says, now you have a bathing cap too.  Later, as he dries us into the fluff of a warm towel he regales us with funny stories about doors and wheels falling off of his car on his drive to work.  We laugh so hard we almost shatter.

My father’s belly is a mountain.  I sprawl out on the peak, feel his breath lift my little body up and down.  On a tiny black and white television, The Yankees are playing the Kansas City Royals.  The room is covered in shadows. George Brett is ejected from the game because he has used too much pine tar on his bat.  My father is whooping and yelling for my mother.  I bounce high into the air and fall.  Some nights the Yankees lose. Other nights, the Yankees win.  Reggie Jackson is my favorite player.  The world around us is pinstriped and perfect.

We come home from a camping trip to find our television has been hit by lightning.  My father places the small black and white on top of our mahogany console.  Jennie and I sprawl out on our shag rug and spend two hours watching Little House on the Prairie.  I fall asleep against the propped elbows of my sister.

This is the light.

I could write an epic about your lips.

The way they puckered into a kiss before you could even speak, like you knew that love came first-before speech.

The way they glistened in the sun that summer I taught you how to swim and you went under for longer then I care to admit. Your tears slicking the surface of the quiver.

The way they snarled, contorted the whole right side of your mouth into disapproval when I pressed my hands against your small back and propelled you into Kindergarten, where you discovered that no, your teacher wouldn’t let you break out into spontaneous dance, or draw little purple houses on the backs of your hands.

The way they say “Mommy,” like you were always meant to say it to me.

The way the bottom tucks itself up under your front tooth when you’re damming up a river of sobs with the cotton of your interior.

The way they still pucker into a kiss for anyone who will have your kindness.

The way they soften, when the rest of the world is hard.

A short story I wrote that started as a post on this very site has found a home!
Please check it out if you get a chance.