For thirteen years now, I have written you a letter on your birthday. And for most of that time, if I’m honest with myself, I was writing more for me than you. After all, you were just babies, just children, you were only an idea of who you would become, pools of raw potential. But for me, the act of sitting down and writing to you gave me a chance to reflect on our years together. These annual birthday notes are a map from you to me. 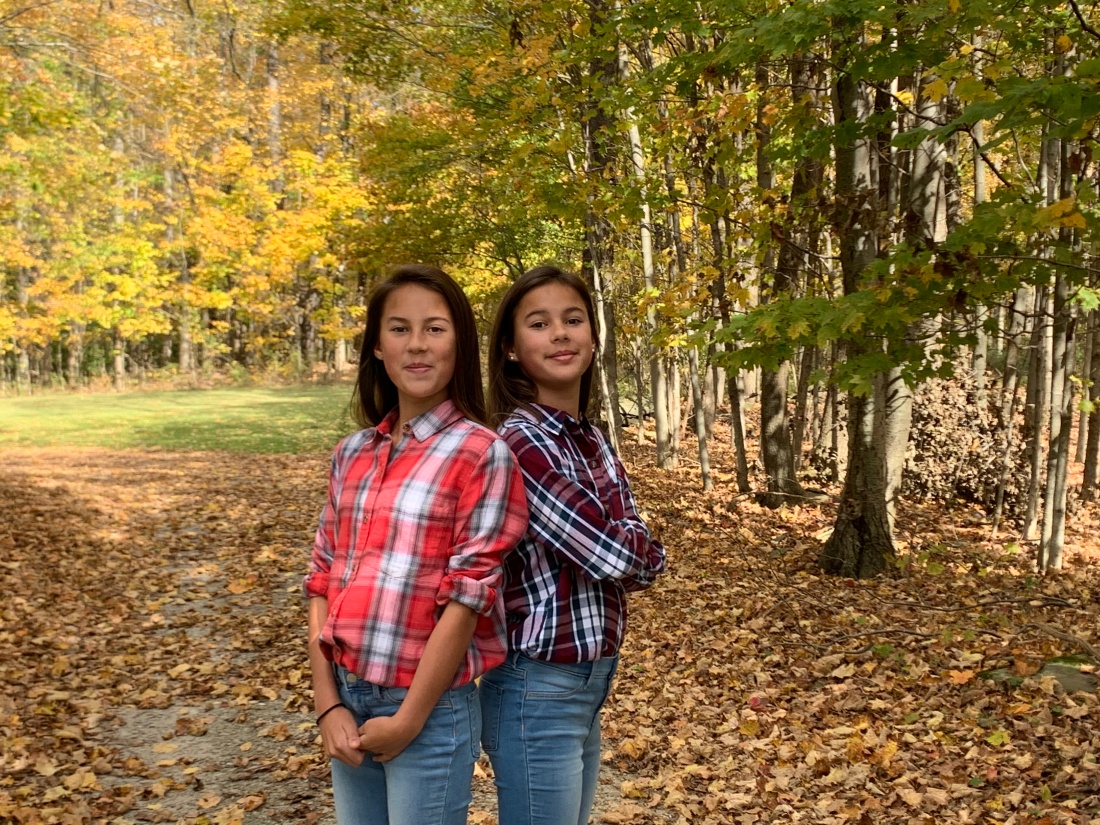 For the most part, the letters were positive, emotional testimonials of your growth and your feats. They were a jar in which I captured and sealed all of your best milestones. But some of the letters were not as happy. See, I was in there with you -messy and scared. My reluctance, my insecurities, my mistakes, all captured on film if you will. There was the year Samantha rolled off the couch and I blamed myself, the year Penelope needed more than I could possibly deliver, and the year we lost Grandma G.G.

Then, there was 2012. The year twenty first graders were murdered in their classroom at Sandy Hook Elementary School only two days after your sixth birthday. The day my chest cracked open and the swallows moved in. I wrote late and slow that year, dragging the words across the page. Everything felt like dusk. The next year, darker still. The color never quite returning to my prose.

Now, seven years later, I still feel a dull ache at the center of me as I near your birthday. And I wonder how the span of two days could possibly contain my entire emotional range. There will be the high of your birthday, the celebration of the most important day in my life, the day I became your mother. Then, inevitably, the sorrow. The grief. The intense mourning for my fellow Americans who lost their children that day. Only this year, there is something I never expected when I first wrote that horrible, sad note seven years ago: a sliver of light.

As part of my new book, and with the immeasurable help of my co-editor, Loren, I have spent the last year interviewing and working with 83 families who’ve survived or lived through a school shooting. We gathered their stories into a book which details exactly what the aftermath of a school shooting looks like. Through this work, I connected with (and I would like to think befriended) several of the survivors, among them the Sandy Hook families, teachers, and community members. Last month, I visited Newtown, and proudly stood with four survivors as they read their stories and talked publicly about their experience. Standing there in that moment, I could feel the warmth emanating from the center of that small conference room in the local library, and I suddenly remembered what the December sun felt like.

In the stories from Sandy Hook and the other twenty communities in our book, there is heartbreak, loss, and unimaginable pain. But there is also healing, hope, and an unimaginable strength. Asking others to bear witness to these stories has helped me to realize a new sense of purpose not just as a writer and teacher, but as an American. Over the past three months, I have traveled to several cities, met with survivors, and shared these first-hand accounts with anyone and everyone who will listen.

In each audience are advocates, parents, and educators-people who have also never forgotten those twenty children and the families who are minus them. At the end of each event, after they’ve listened to some of the stories, they hug me, and hold me close with tears welling in their eyes and their palms warm with friction. It is in those moments, enveloped in their love, the pain feels lessened somehow, and the slightest sliver of light finds its way in through the cracks.

My dear girls, what I have learned over the past year is simple. There is no weight that love can’t lift. So when it feels like the world is pressing down on your chest, which it will someday, and you feel crushed under the heft, unable to breath, there is an endless well of love within you from which to draw strength. Never be afraid to seek it out. Never be afraid to ask for it. That love is a map from me to you.